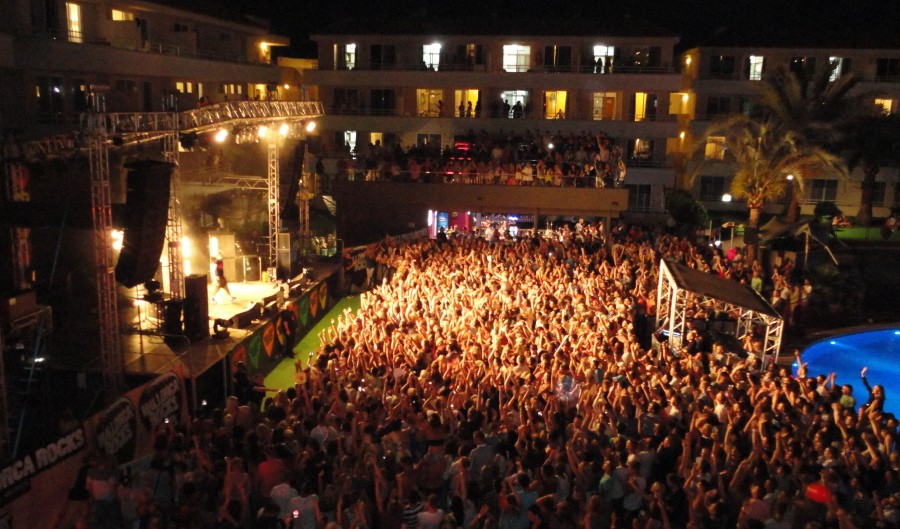 Ask several people who have experienced nightlife in Majorca what’s their preferred place to go clubbing on the island and chances are majority of the responses will lean towards Magaluf.

Sure, there is no denying the party resort is the mecca for clubbers in the Balearic Island. But with over a hundred bars in town and an embarrassment of clubs blasting out everything from old skool jams to the latest releases and garage, it’s easy to see why.

However, Majorca nightlife is not just concentrated in Magaluf alone. It may still hold the mantle, but Majorca as a whole will have you spoilt for choice when it comes to terrific alternatives.

The opposite side of the island in the exquisite resort of Alcudia has become a formidable force in the clubbing scene last couple of years. So has the magnificent resort town of Palma which boasts some of the trendiest bars and clubs that keep up with its reputation as a stylish, breathtaking destination.

Wherever your passions lie, you’re sure to have them quenched in Majorca.

Below, we break it all down for you.

BCM has found itself in many a best-club-in-the-world list on several occasions. Few deliver on electronic dance music as the three-floor Magaluf club capable of holding 5,000 people a night does. 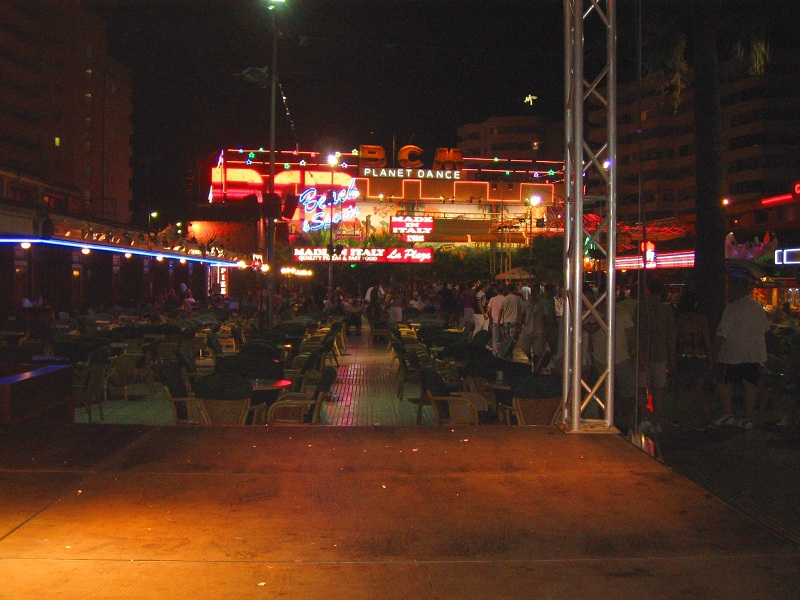 It often plays host to some of the biggest names in the business: Calvin Harris, Tiesto, Labrinth, Tinie Tempah you name them. Expect performance dancers and acrobats, state-of-the-art laser shows, a VIP room and boatloads of parties, and some of the most powerful sound system you’ll find anywhere.

One of the most popular clubs in Magaluf that has been entertaining revellers since the ‘80s. The house music on offer is a treat, the atmosphere great with massive floor-filling tunes courtesy of world-class resident DJs, and a wide-ranging lineup of special guests every summer.

You’ll find it on the Punta Ballena strip, a popular party spot.

Boomerang has really solidified its name as one of the most popular happening spots in Magaluf over the last decade.

Located at the heart of the Magaluf strip, it’s a fantastic nightclub that features a varied assortment of DJs, performers and promoters.

For the liveliest nights in Alcudia, Dollar Street is the place to be. Some of the top clubs in the area include:

Bells may be known as a disco, but the vibe here is more of a club’s. It is a firm favourite with vacationers, especially British tourists who feel right at home largely due to the style and décor.

It’s the kind of scene that draws in everyone from early 20-somethings to older merrymakers.

One of the biggest and most popular names in the Alcudia club scene, Menta is easy to find with its convenient location by the beach promenade in Alcudia, very close to the Hydropark.

Featuring 7 bars, it’s a disco with a chilled-out vibe and boasts a very unique style, bordering on Romanesque, with terraces, columns and couches, and an ample-sized indoor swimming pool to boot. 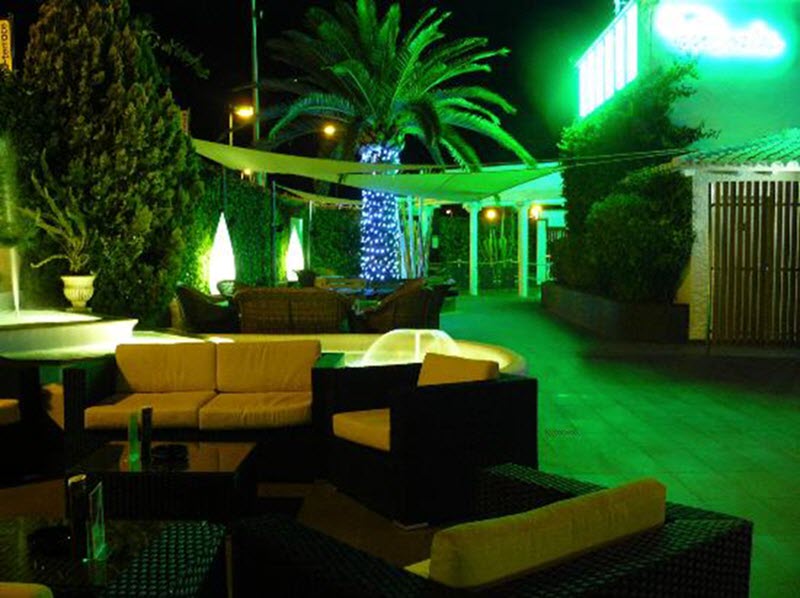 Popular music includes a blend of the latest dance tunes and Spanish club beats, making it a great spot for the 18-30 crowd.

It’s located in a consumer complex comprising pre-party bars and fast food joints, and easy to spot what with the glass pyramid that rises above the club.

Being the most prestigious address in Majorca, it goes without saying that the clubs that grace its real estate are right up there.

Pacha is without a doubt the biggest name in the Palma club scene, both in terms of size and popularity.

The world-renowned club lies into the side of a cliff that overlooks the Paseo Maritimo and the million-dollar yachts docked in the resort town’s horseshoe-shaped marina – a good reminder that you are in one of the most exquisite locations in Majorca. 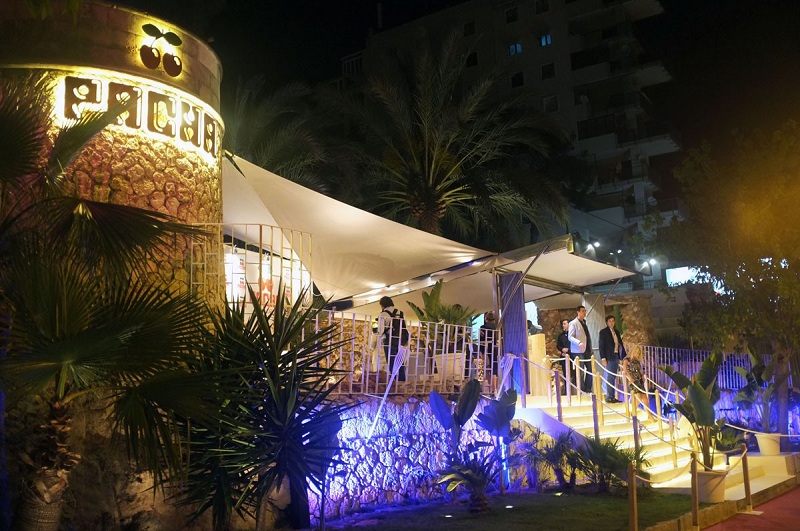 The action starts at 10pm till the late am’s.

Tito’s has a long history stretching back to the ‘50s and ‘60s when the likes of Ray Charles and Marlene Dietrich used to hang out here on occasion.

The club sits above the Paseo Maritimo marina overlooking the historic centre of Palma. It’s the most elite nightclub on the island with a capacity of 2,000 a night. A glass lift awaits to whisk you up, with the music these days leaning towards a blend of RnB and garage; mostly.

This is one of the most popular joints in town, rising two floors with three bars, and a superb VIP area with a garden that’s perfect for chilling out.

Its smaller size compared to the other players means there are no throngs to put up with, but it’s still advisable to book your spot early to avoid any disappointments.

Bauxa is located on the Plaza de Sa Bassa in Manacor, the island’s second-largest city (and birthplace of Rafael Nadal) that’s more industrial than buzzing nightlife.

But this doesn’t mean there isn’t a club or two, and Bauxa is the business when you find yourself here and feel like getting your dancing shoes on. The party goes down until 6am.

Puerto Andraitx lies on the south-west coast of the island and is the only club around these parts.

It’s still a popular happening spot (considering) and open until 6am on Fridays and Saturdays.

This isn’t a club, but rather an annual four-month bash moulded in the lines of the Ibiza Rocks Festival. It’s hosted every summer and the party runs non-stop from June to September.

It’s usually not short of extensive lineups that include top names, and you can expect discos, pool parties and a host of other amazing gigs.

Majorca has something for every type of clubber, whether you’re into celebrity DJs, retro music, foam parties or laser shows. You can be guaranteed a jolly summer on a holiday in Majorca.