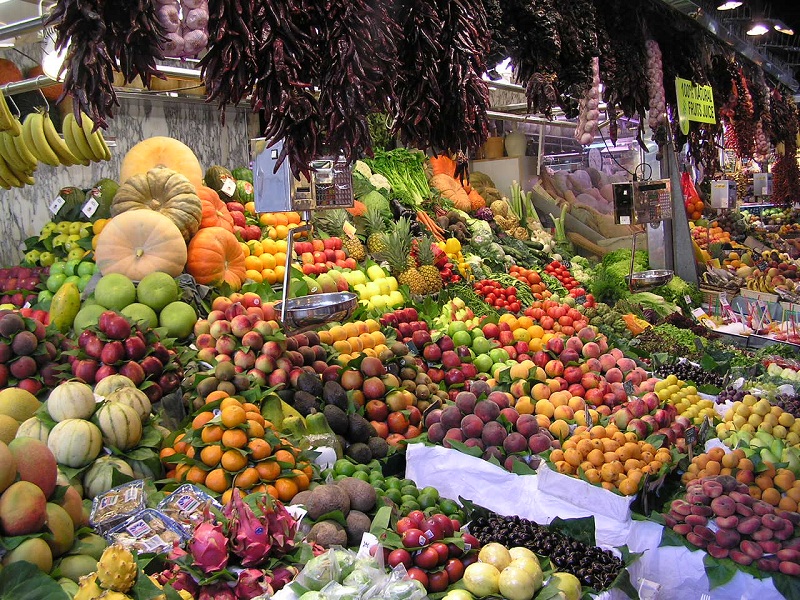 The island of Majorca is known for many things – gorgeous beaches, a vibrant nightlife, and a flourishing art and cultural scene. When it comes to the dining side of things, the Balearic Island has some top grub on offer to make even Barcelona and Madrid coil.

There is a penchant by top tourist destinations to fail spectacularly when it comes to culinary arts. Majorca though, is not one of those destinations. It has an industry deserving of the remarkable destination it is, with the pillar of its cuisine comprising the interesting potpourri of products sourced from the region.

You would think the island has been seafood proper all the way, but somewhat astonishingly, sea fare has really caught on within the last half century or so.

There is an endless stream of local cooks who convert the seafood, local meats and vegetables into simple grilled platters or rich stews smothered with olive oil and peppered with sea salt, both from the area. They are particularly proud of the way they prepare lamb, a top dish in Majorca, along with other bites like ensaimada (a pastry dish) and sobrassada (type of spicy, traditional sausage).

The beauty of it is you have a range of options to choose from. Like to keep things simple and traditional? There is a plethora of menu del dia restaurants available. Fancy fine dining? Worry not, Majorca has seen glamorous gourmet restaurants swell in the last couple of years – innovative at that – particularly around the elegant and vibrant city of Palma and the Tramuntana mountains region.

Without further ado, here then, are some of the best restaurants in Majorca that we’ve handpicked for you!

Santi Taura gets its name from the ambitious young chef who conceived it. Chef Santi is Majorcan born and bred, and has had a huge hand in introducing modern flair to traditional cuisine and ingredients, culminating in fantastic fusion cuisine.

It’s fine dining, but somehow it doesn’t feel so. A large part of this has to do with the semi-rural location (an enviable location), coupled with the restaurant’s style itself: minimalist, spacious, airy, relaxed. But wait until the food is on the table.

If you’re after Majorcan food with ingenious twists, few can match Chef Santi’s.

You’ll find it in the beguiling town of Lloseta in the heart of the island.

And oh, the menu changes weekly.

Es Coll d’Os is unlike many other restaurants in Cala Ratjada. This is sophistication at its finest (but not the sophisticated sophistication you get in the world’s top cities?). It is high-class, yes, but it oozes an understated charm unlike one you’ve experienced before.

It’s nestled in the middle of a courtyard, stone-clad. The indoors scream romantic, low-key ambience, with lights dimmed while soft jazz permeates the room. And then there is the terrace where diners put their taste buds to the test under a canopy of leaves.

As with Santi Taura, Es Coll d’Os also has scrumptious menu options (relying on local ingredients) that change weekly. It’s a wonderful choice for a laid-back, romantic dinner (and who doesn’t like those!).

Whenever on holiday, it’s never a bad idea to smash some local offerings in a traditional restaurant, and few places deliver on this front than Celler sa Premsa in Palma.

The restaurant was once a wine cellar. Today, it’s been remodelled into a large open space with a rustic charm to it, and wooden tables, with the original wooden barrels lining the walls. 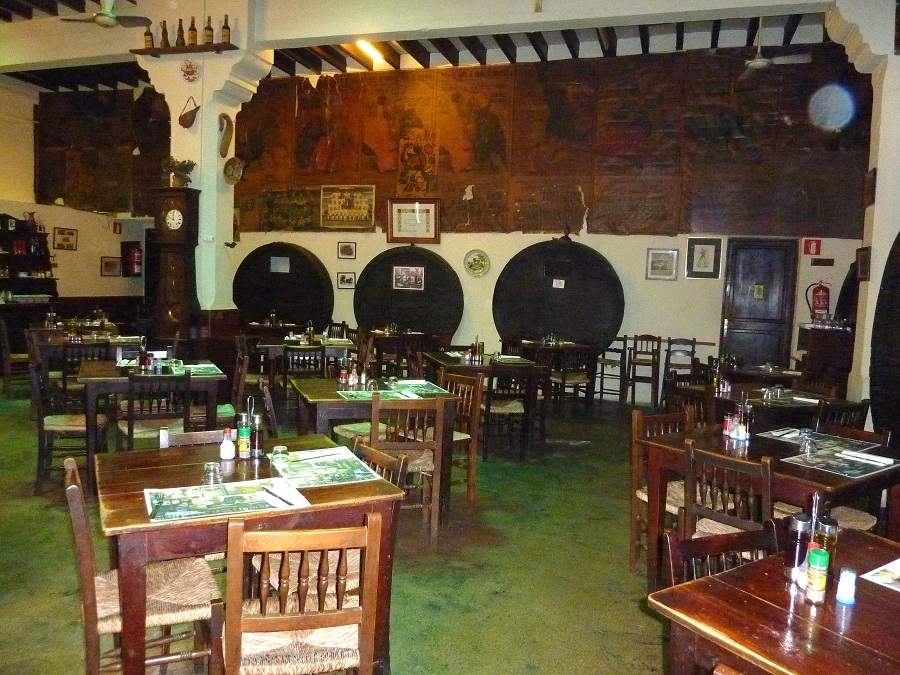 It opened its doors in the ‘50s, and boy, there’s a reason it remains a Majorca box office hit. It’s just the place to be if you’re looking to polish up some classic traditional dishes like frito Mallorquin (a delightful hotchpotch of potato, lamb’s liver and peppers) or the sobrassada. With the option of chasing it down with amazing local wines.

If you’re looking to sample the sea grub, Flanigan’s Seafood Bar & Grill in Puerto Portals will do it for you, as it has many others since the late ‘80s.

The sea fare on offer will flabbergast you, especially the range of fish and shellfish. It remains fantastically fresh all through, and the menu offers great wriggle room to try it in an array of Majorcan cooking styles. There is also a plethora of meat, pasta and veggie dishes to select from.

Another restaurant tracing its roots several decades back, Bon Lloc is a fun, inventive spot that opened its doors in 1978. It’s located in Palma’s old town and remains a bestseller for vegetarians and vegans who are served a stunning array of imaginative dishes it would leave meat lovers jealous.

The lunches comprise fresh (obviously) salads, high-energy juices, pasta dishes and soups, and the evenings have a ‘vegan haute cuisine’ carte du jour packed with both flavour and surprises.

One of Palma’s most popular restaurants, Tast has managed to marry the allure of a traditional Spanish ‘taberna’ with an innovative décor, culminating in a very welcoming atmosphere that’s been hailed for its simplicity.

Its cuisine relies heavily on a broad range of tapas portions and pinchos to satisfy the different tastes of both carnivores and vegans alike. There is also the more casual pick-your-own option that allows diners to grab their cold snacks of choice from the bar area, and an extensive range of wines to choose from.

There are two Tasts in Palma actually: one in the old town and the other snuggled just on the outskirts.

Clivia has found itself on the best dining spots on the eastern side of Majorca list on multiple occasions. It’s to be found in the town of Pollenca (pronounced Pollensa) at the foot of the ancient Calvari steps, a cypress-lined stone staircase with 365 steps leading to an old chapel. 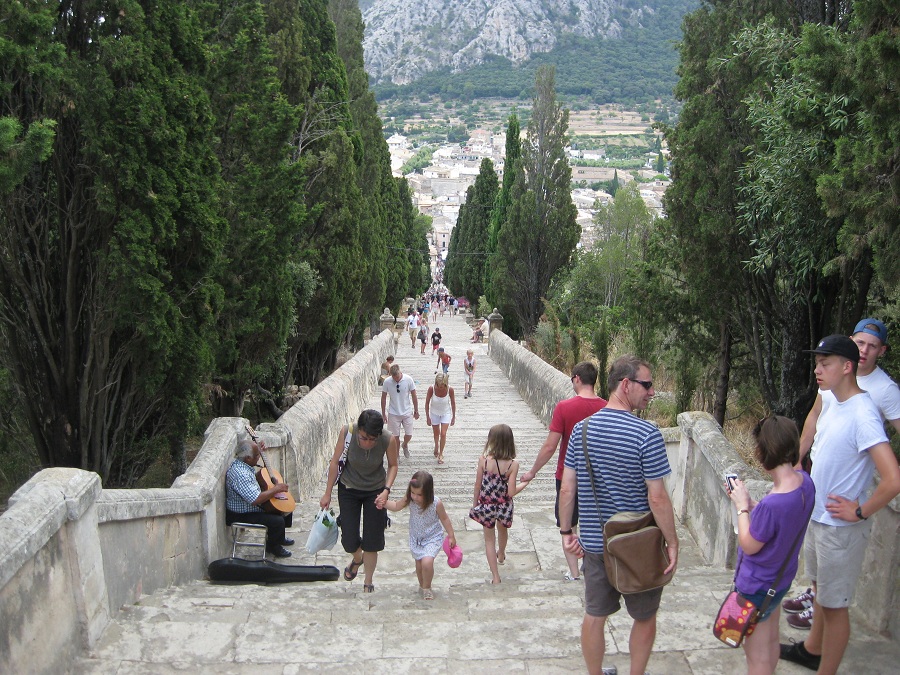 From the outside, it’s an ancient townhouse, but the interior boasts a spotless white décor with wooden modernist lamps extending across the ceiling. The restaurant is known for its solid fish and meat offering, with a dash of local magic that relies on fresh ingredients to create classy culinary concoctions with a spectacular display.

When your exploits lead you to any one of these top restaurants in Majorca, tell them we sent yah!